I’ve added yet another page to the rules.  By request, there is now a QRS/Summary Sheet on the last page of the rule book.  Yes!  That’s right folks!  Rules bloat!  6 pages of text!  Enjoy!

Here are some photos of the test game we played over the weekend.  Matt setup the venue at Games and Stuff in Glenn Burnie this past Sunday (Feb 26th). I didn’t take any notes but the photos are in chronological order. 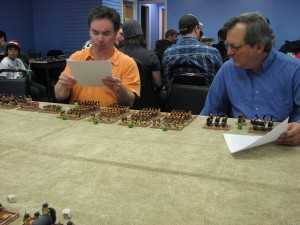 At the start of the game, Matt (in orange) explains the rules to Bob. 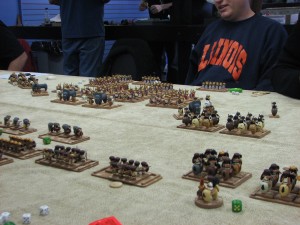 An early shot from the Roman side. 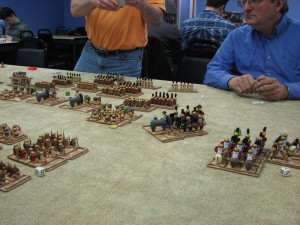 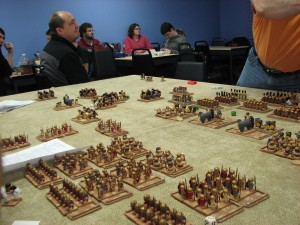 A shot from the Punic side. The heavy lines are held back. 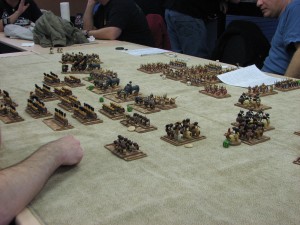 The battle heats up and the lines close. 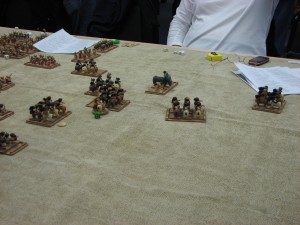 A view of the Numidian cavalry fight on the Roman right. Taken from the Roman side. 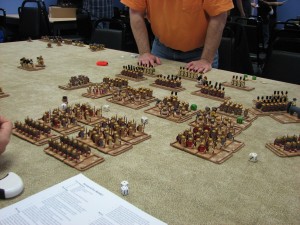 Some of the heavy infantry are finally starting to engage on the Punic side. 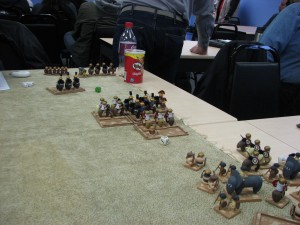 The cavalry fight on the Roman left is still not decided. Most of the stands you see in the for ground and distance are casualties on the side board.

The Roman allies drive off the Numidians on the Punic side. 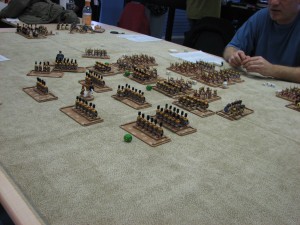 The center turns into a blood bath. The Celtic Mercenaries do particularly well. It is only the Roman line relief that keeps Rome in the battle. 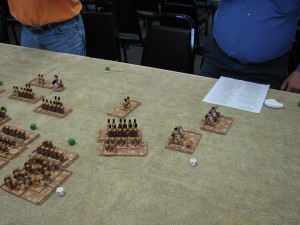 The Punic heavy cavalry drive off the Roman cavalry on the left. However, they are spent as well. The Punic army morale started to fail at this point and within 2 turns, the Punic cavalry would withdraw without any further action. 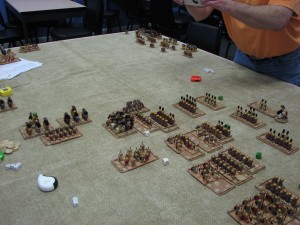 The Citizen infantry do little better than there historical counterparts. While trying to rally some Citizens it is here that Hannibal falls in battle. 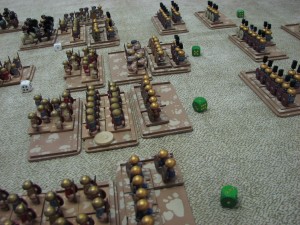 Another shot of the fighting. The Veterans have joined in. 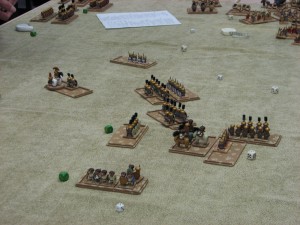 The battle would turn heavily in the Roman favor. However, the Roman morale started to break late in the battle and the battle swung back the other way. To little too late. Roman Narrow victory.

I am finally done with my Craftee army.  This is the Punic army for the Battle of Zama. 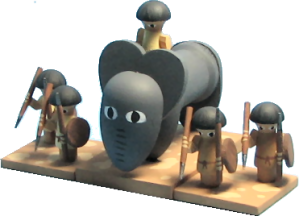 The front line. These beauties are the Tiger Tank of the Ancient world. Complete with infantry support. 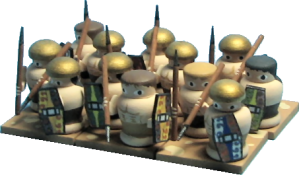 Celtic and Ligurian mercenaries helped fill out the first line. 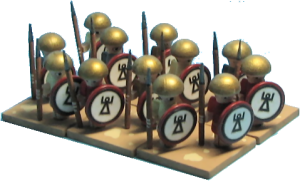 The Citizen infantry were probably a combination of the "National Guard" and the Punic Marines. They were Phonecians with little in the way of battle experience. That translates into really poor troops. 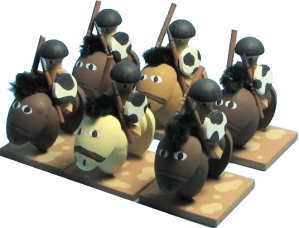 Numidian cavalry manned the Punic right. They were out numbered 2-1 in the actual battle. 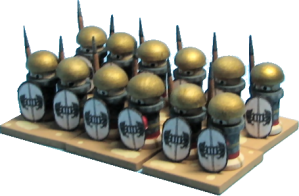 You have already seen the Punic horse so I will not show them here again.  Below is the army Arrayed for Battle!

Armed and ready to march across my living room floor.

Matt and I are running two games at Cold Wars.  His game is on Friday and mine on Saturday.  Unfortunately, I will not be able to make the Friday game.  If you make it to Cold Wars, come check out the game.  It is “Kid Friendly” so plenty of death and maiming for the whole family!

Here is my first real attempt at making Craftee Miniatures.  Craftees are a figure design that was the brain child of Matt Kirkhart.  The idea is to use craft materials available at local craft stores.  The materials can be anything really.  These horse are made from the following:

The horse was assembled first and then the rider glued on top.  The arms were short lengths of the tile spacer and the remaining part of the spacer was cut in half and glue to either side of the horse to serve as legs.  The arms were glued to either side of the rider.  The spear was then added to the right arm.  The figure was primed gray and then painted.  I completed the shield with a 1/2″ disk of card with a print of a shield design from LBMS shield decals.  The washer was painted red before the disk was added.  I then glued the shield and the mane to the horse.  Here are the results. 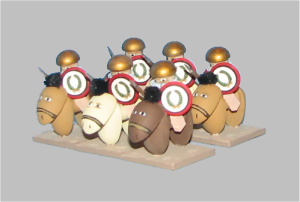 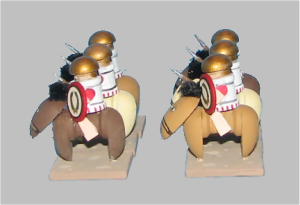 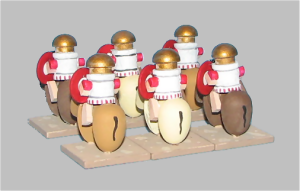 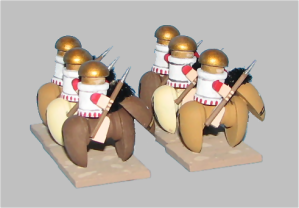 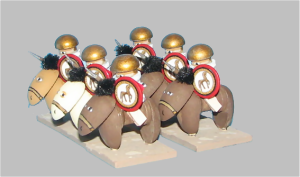 A second unit of horse. Shields are the only difference.

The figures painted up easy enough.  The paint needed about 3 or more coats before it looked good.  The craft paint just was not strong enough to hold off the gray undercoat.  Next time I will not prime.  Both Dale Hurtt and Matt Kirkhart don’t prime and find that 2 coats of watered down craft paint are usually sufficient to cover the figure without worries of chipping.  Pr-assembly is not a plus.  It would have been easier to assemble the horse, paint it, assemble the torso, arms and head of the rider and paint it and finally add the rider to the horse with spear and legs and paint them.  The shield, of course, should always be finished befor adding.  Speaking of shields, it would also be a good idea to add them last.  The mane needs to be centered and the shield got in the way of adding the mane.  So my first batch of cavalry have the manes slightly tilted to the right.